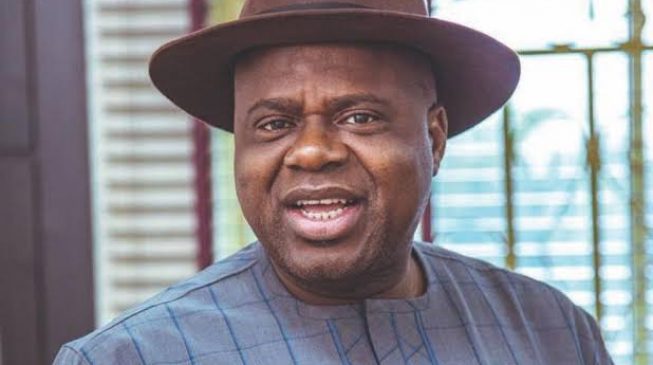 The Independent National Electoral Commission (INEC) has declared Douye Diri of the Peoples Democratic Party (PDP) as the governor-elect of Bayelsa state.
Mahmood Yakubu, INEC chairman, announced this at the INEC headquarters in Abuja on Friday.
Culled from TheCable, this followed the supreme court judgment which sacked David Lyon of the All Progressives Congress (APC), who was declared winner of the November 2019 governorship election in the state.
”In compliance with the orders of the supreme court, the commission met this morning and reviewed the result of the election in which 45 political parties contested,” the INEC chairman said.
”Without the votes scored by the All Progressives Congress (APC), whose candidates were deemed not to have participated in the election, the total number of lawful and valid votes cast in the election now stand at 146,999. Out of this figure, the candidate of the Peoples Democratic Party (PDP) scored the highest number of lawful votes with 143,172.
”Similarly, the PDP has scored more than 25% of the lawful votes cast in all the eight (8) local government areas of the state.
”Consequently, Senator Douye Diri and Senator Lawrence Ewhrudjakpo of the PDP are hereby declared winners and returned elected and governor and deputy governor of Bayelsa.
”The commission is aware that the tenure of the incumbent governor of Bayelsa ends at midnight today, Friday, 14th February, 2020. Therefore, in fulfilment of Section 75 of the Electoral Act, 2010 (as amended), the certificates of return to the governor and deputy governor-elect will be presented to them immediately as ordered by the supreme court.”
There have been protests in Bayelsa against the judgment of the supreme court. Some citizens have demanded that it is either Lyon or no governor in the state.