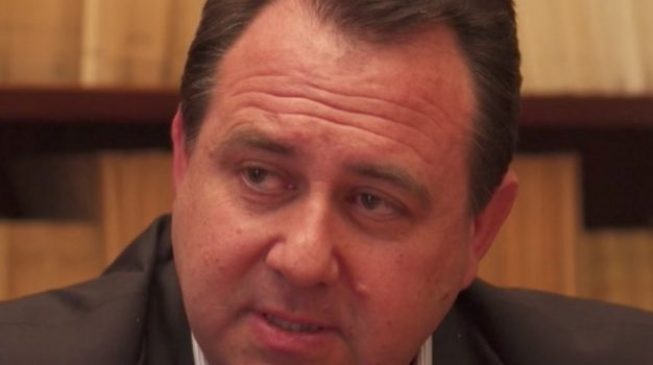 Officials of Eni, an Italian multinational oil and gas company, had support within the Economic and Financial Crimes Commission (EFCC) when Goodluck Jonathan was president, according to Piero Amara, a lawyer being investigated over the $1.1 billion Malabu oil deal.
Culled from TheCable, Amara, a former external lawyer of Eni, disclosed this in his statements to Milanese prosecutors, made available to Il Fatto Quotidiano, an Italian newspaper.
The prosecutors had asked for the names of some Nigerian government officials who conspired against Claudio Descalzi, the company’s chief executive officer.
Responding, Amara said Claudio Granata, Eni head of human resources and a “right-hand man” to Descalzi, had feared that Eni would lose the support it had within the EFCC if the former president lost the 2015 election.
“I recall that during conversations with Granata we were commenting upcoming elections in Nigeria and Granata feared that Goodluck could not be re-elected. Granata’s fear was that they could lose the backing that Eni had, in particular within the EFCC and in a specific ministry, I guess it was the petroleum one, but I am not sure about this,” he said.
In 2017, two years after Jonathan had lost the election, the EFCC filed fresh charges against Eni over the scandal.
Amara also said Adebayo Ojo, a former attorney-general of the federation (AGF), would have been able to confirm the existence of a conspiracy against Descalzi.
“Christopher Adebayo Ojo – I recall that it was point to me by Claudio Granata, Eni head of human resources, now number 2 under Descalzi, as an important person in Nigeria, a political, maybe a general prosecutor, who would have been able, if examined, to confirm the existence of a conspiracy against Descalzi,” he said.
“Other two names, Chief Frank Abuja and Frank Orobosa, were mentioned to me by Alfio Rapisarda, head of ENI security. Both names were referred as persons belonging to the Nigerian security forces, who were also ready to confirm the existence of a conspiracy.”
In 2019, Ojo had said he collected $10 million as “legal fees” out of $50 million agreed with Dan Etete, a former minister of petroleum resources, for the sale of OPL 245.
Amara also said Eni was spying on prosecutors who accused Descalzi and Paolo Scaroni, his predecessor, of corruption in the Malabu oil deal.
He said he learnt from Granata and it was also confirmed by Alfio Rapisarda, head of the company’s security that Eni “carried out an activity of gathering information from the members of the board of directors aimed at acquiring information useful to discredit people or exploit what was acquired to their advantage.
“I understand that information has been gathered on the prosecutors Paolo Storari, Sergio Spadaro and deputy prosecutor Fabio De Pasquale. I have already reported on the activities carried out in relation to deputy prosecutor Ielo (Paolo Ielo, Deputy Prosecutor of Rome, ed. ndr). I also know that information had been acquired on those who could have chaired the panels of judges in the OPL 245 trial,” he was quoted to have said
“I have been told that news has been acquired not only from databases, but also through stalking and environmental interceptions in meeting places (restaurants, bars). I was told that the outcome of the activities carried out on the prosecutors did not give any useful results for Eni.”
Last week, Isaac Eke, a Nigerian witness who is a retired assistant inspector-general of police, testified in the ongoing probe. He reportedly contradicted himself while giving his testimony.
Shell and Eni were said to have given out bribes in the bid for OPL 245, one of Nigeria’s richest oil blocks. The oil block’s reserves were estimated at 9.23 billion barrels of crude oil.