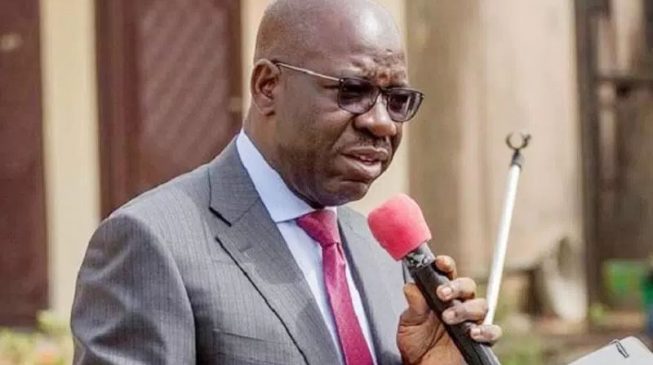 Godwin Obaseki, governor of Edo state, has written a letter to Mohammed Adamu, inspector-general of police, seeking the arrest of Adams Oshiomhole.
Oshiomhole, who is the national chairman of the All Progressives Congress (APC), has been having a running battle with the governor over his reelection bid.
According to TheCable, Philip Shaibu, deputy governor of Edo, told reporters in Abuja on Monday that a petition seeking the arrest of Oshiomhole had been submitted.
The governor had earlier accused Oshiomhole of plotting to plunge the state into crisis, asking the IGP to call him (Oshiomhole) to order.
He had further threatened to deal with Oshiomhole if he kept “disrupting activities” of Edo APC.
Shaibu said the petition would also be submitted to the relevant authorities, including the Department of State Services (DSS).