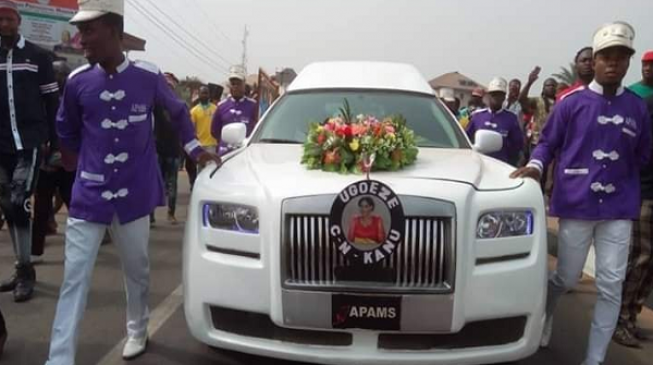 Peter Obi, former governor of Anambra state, and Enyinnaya Abaribe, senator representing Abia south, are among the dignitaries attending the funeral ceremony of Eze Kanu and his wife, king and queen of Afaraukwu in Abia state.
Abaribe stood as a surety for Nnamdi Kanu, leader of the indigenous People of Biafra (IPOB), when he was granted bail by a federal high court in 2017, although the bail has since been revoked.
The late parents of Kanu were laid to rest on Friday amid tight security.
Most schools in Umuahia, the state capital, were also locked amid fears of a clash between security agencies and IPOB members.
Culled from TheCable, IPOB, which had been proscribed and tagged a terrorist organisation, had said its members will attend the burial.
But Ene Okon, Abia commissioner of police, said the ceremony will not take place with the presence of IPOB members.
An anticipated clash between the police and the group had forced pupils and students to stay away from most primary and secondary schools, according to NAN.
Some of the parents said the proprietors had earlier in the week told their children to stay at home on Friday for ”security reasons.”
One of the parents identified as Carol Chikwendu said: “My children were told on Thursday by their schools not to come to school today Friday for safety reasons.
“My children were supposed to start their mid-term tests today (Friday), but it has been postponed till Monday.”
Another parent who gave her name as Gloria Ekezie, said she had called her daughter’s school on Thursday, when she was told there will be no school on Friday.