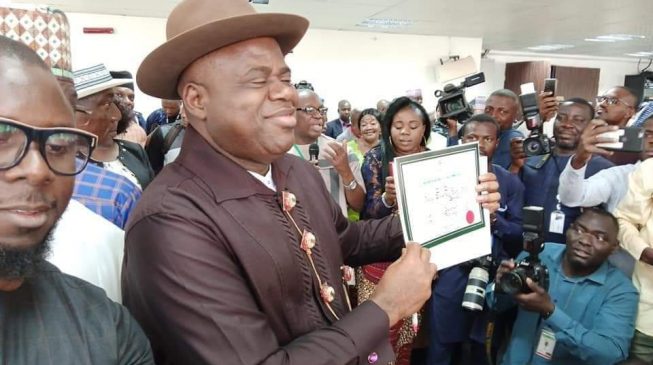 The Independent National Electoral Commission (INEC) has issued a certificate of return to Diri Douye as governor-elect of Bayelsa state.
Culled from TheCable, Douye received the certificate of return from Rose Oriaran-Anthony, INEC secretary, at the commission’s headquarters in Abuja.
Also presented with a certificate of return on Friday was Lawrence Ewrujakpor, deputy governor-elect.
Douye was declared governor-elect after the supreme court sacked David Lyon of the All Progressives Congress (APC), who was announced winner of the November 2019 governorship election.
The apex court nullified Lyon’s election on the grounds that his running mate submitted forged credentials to INEC.
Below are pictures. 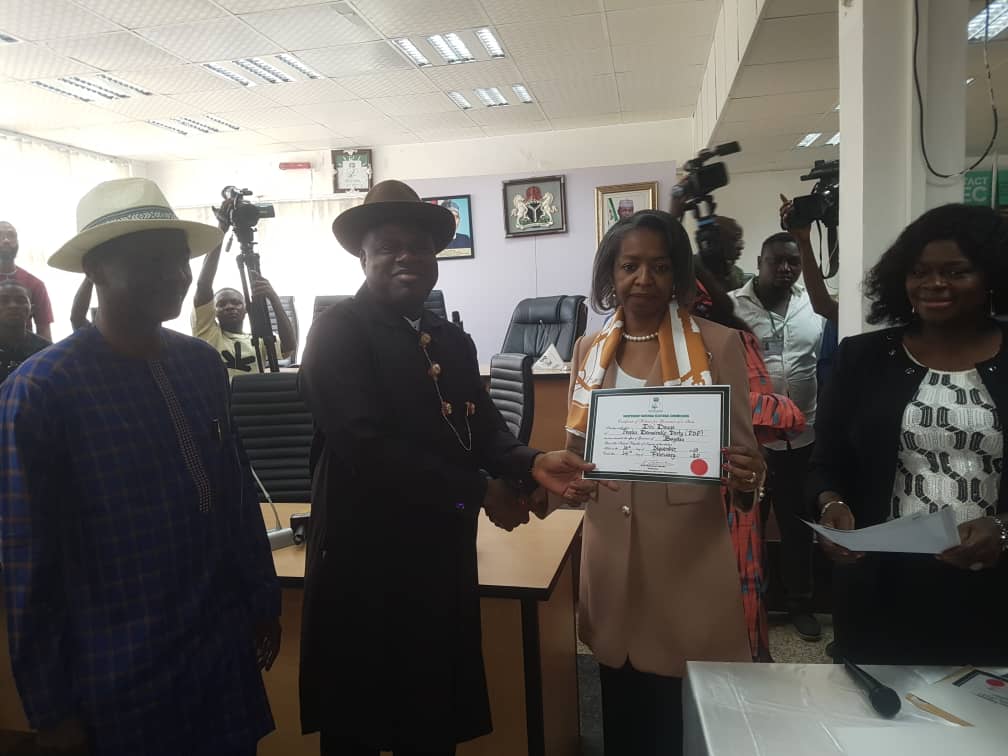 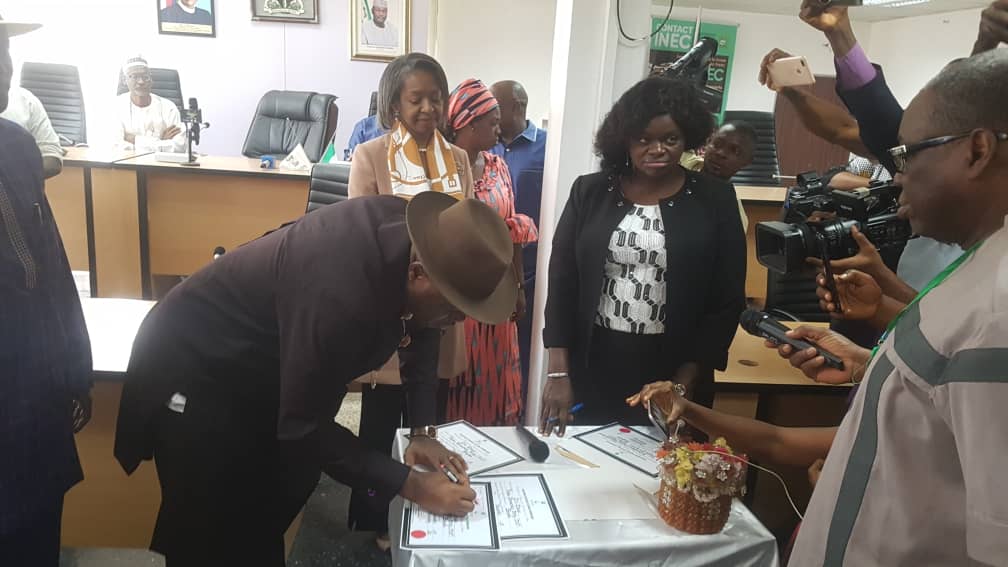 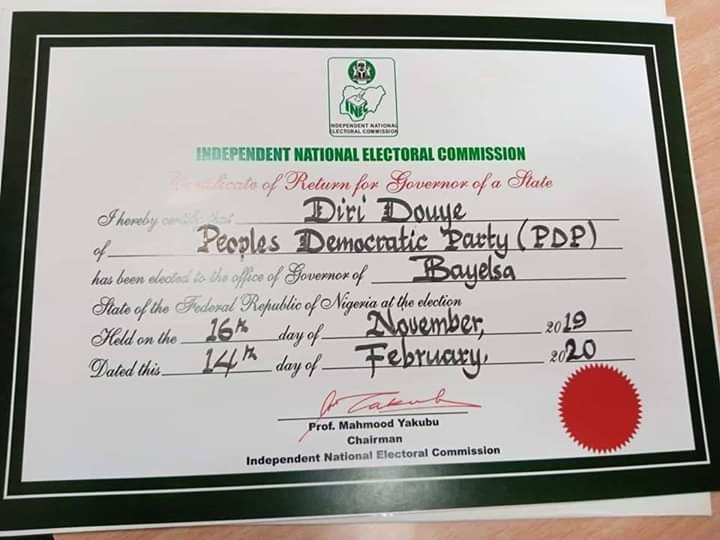