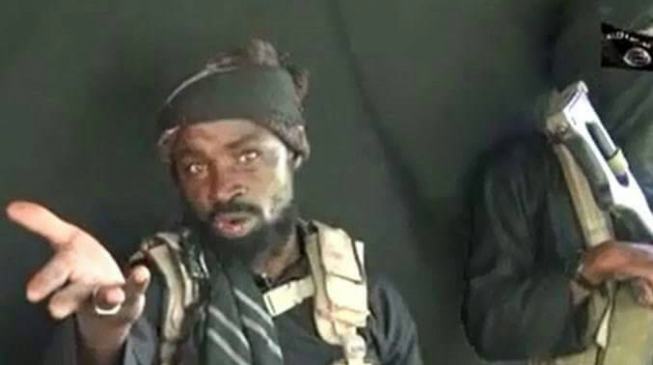 Abubakar Shekau, leader of the Boko Haram sect, has given a condition under which the remaining Chibok schoolgirls in captivity would be released.
More than 100 of the 276 girls abducted from Government Secondary School, Chibok, Borno state, in 2014, have remained in Boko Haram custody.
In a video the Boko Haram leader released 24 hours after President Muhammadu Buhari visited Borno, Shekau said the schoolgirls would be set free if the federal government let go of the sect members currently in detention.
According to TheCable, he also asked Buhari not to return to Borno, saying the sect is fully on ground in the north-east.
Shekau said the insurgents would attack the president if he returns to Borno.
Boko Haram had launched an attack hours after Buhari paid a condolence visit to the state over the killing of 30 persons in Auno, a community near Maiduguri, on Sunday.
“Buhari came to Maiduguri pretending to be a good man but he is not. He shouldn’t try to return to Maiduguri again,” Shekau said in Hausa in the video seen by TheCable.
“Buhari, fear your Creator. God said you don’t have up to a spider’s web. But you think you are a major general. l swear, you are nothing… Buhari, I am talking to you, you’ll know no peace. Don’t come back to Maiduguri.
“Just go and sit down and think over my comments. And if u think, I am the one disrupting your affairs, honestly I am not. You have deceived the people by telling them you are a just leader; carry on!”
On Chibok girls, he said: “Those who are shouting Bring Back Our Girls, Bring Back Our Girls, the only way to have those girls back is for our men in prison to be released.”
The Boko Haram leader also tackled Tukur Buratai, chief of army staff, for saying the insurgents have been defeated.
In an interview with TheCable and THISDAY/ARISE,  Buratai said the military has won the war against insurgency as the Boko Haram militants do not control any territory in Nigeria.
The army chief said the insurgents now feast on attacking soft targets “for the sake of propaganda”.
But Shekau dismissed his claim, insisting that his men have an upper hand in the war.
“Buratai, I am addressing you in your own language. I am speaking your language but you may not understand it. You claim you have defeated us but it is a lie. You are a real liar,” he said.
He also mocked followers of Ibraheem El-Zakzaky, leader of the Islamic Movement in Nigeria (IMN) and the Tijjaniyya sect led by Dahiru Bauchi.
Shekau added that the people of Kano and Kaduna are in trouble.