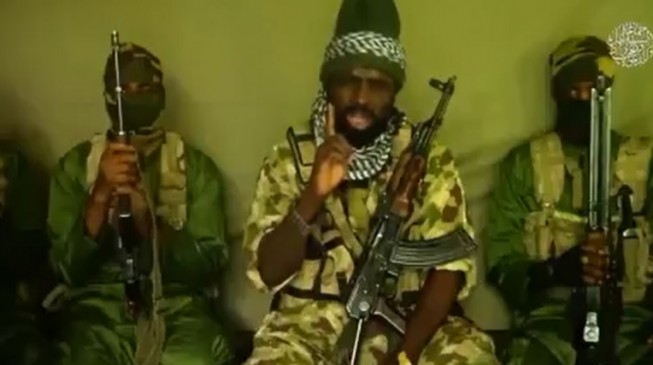 Abubakar Shekau, leader of the Boko Haram sect, has issued a threat to Isa Pantami, minister of communication and digital economy, TheCable reports.
In a new video, the insurgent leader asked his men to go after Pantami for threatening to block the communication lines of the sect members.
He reminded the minister that his group killed a famous Kano cleric in 2007, saying a similar fate could befall Pantami.
“This video message is specifically released because of one man, who thinks he is knowledgeable. I want him to archive this message and continue referring to it till his death comes. From today onward, you will continue to live in sorrow, because I, Shekau, say so,” he said in the video released on Thursday.
“This warning is for Isa Ali Panatami; don’t think simply because you preach in English or because you are called a doctor, it means you have knowledge of Islam. You know nothing. Today you have become a minister, and you are feeling you can achieve your selfish ends. You must know that speaking English has nothing to do with Islam.
“You said you are going to block phone lines and other means of communication, to frustrate the activities of Boko Haram, right? But you must understand that we don’t depend on such to take out our messages. Our messengers are like the angels of God. How dare you attempt to stop the works we are doing for the creator of the heavens and earth, simply because you have become a slave to the white world and the country. We pity you if you don’t repent.
“I swear to God, you are nothing. Initially, we have not begrudged with you, but now you have become a slave to the infidels; repent now and become a good Muslim. If you don’t comply from now on, death will come to you, Isa Ali Pantami. I call on my members in Africa, in Nigeria to rise and do the needful. Let them know that what we did to Sheik Jafar is just the tip of the iceberg. Anywhere you see Isa Ali Pantami, don’t spare him. Isa Ali Pantami you are nothing; even Jafar tried the same thing but we dealt with him; talk less of you that is nothing in Islamic practice. And from today on, you would not have rest of mind because you have dared God.”
Shekau taunted President Muhammadu Buhari, making reference to how he was booed when he visited Maiduguri earlier in the week.
“And you, President Buhari, you said you are almost 80 years old and you are busy going about, and now your people have started booing, right? You just wait for your angels of death,” he said.
“Simply because some persons told you that they have killed our commanders, so now you are emboldened and you want to kill Shekau, right? Who is Shekau, a small person to you? But you are now in trouble Mr. Buhari; you are in big trouble. I am still here, that little boy that has defied the leaders of the world. I am still around, you just wait, it will soon be over before we all meet in the hereafter.”
He also threatened journalists, warning them to be cautious about how they report the activities of his group.