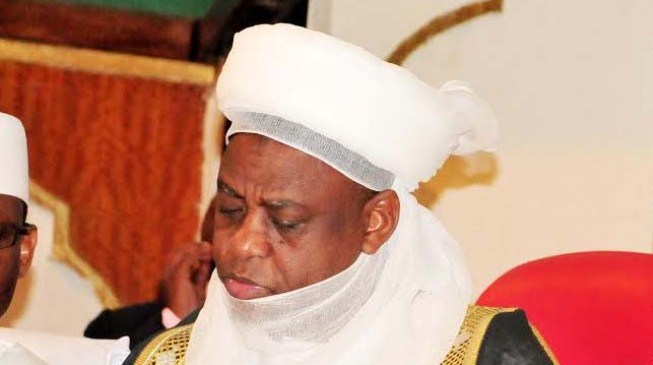 Saad Abubakar, sultan of Sokoto, has kicked against the establishment of an outfit called "Operation Shege Ka Fasa", warning northern elite not to allow the youth take over their responsibilities.
The Coalition of Northern Groups (CNGs) had unveiled the outfit on Wednesday, saying it is meant to tackle crime in the region.
They made this move one month after governors of south-west states floated Amotekun, a regional security outfit.
But speaking at a security meeting in Kaduna, Abubakar said northern elite are the problems of the region, as they have failed to provide them with good leadership.
Culled from TheCable, he advised the northern elders to caution the youth, saying if the elders fail to take the lead, the youth would do whatever they like and feel is right.
“I saw it on the television, and the media gave them attention. Now, the elders allowed these youths to go forward. So, the elites are our problems, the elders are our problems. If the elders don’t take the lead, the youth will do whatever they like and think they are right. You have to caution these youths by giving them good leadership, “he said.
“Now, they have launched their own security outfit I don’t know what they call it, Shege Ka Fasa’, meaning what?
“So, I want to call on northern elders to caution them. Don’t allow these youths to take over leadership from you. You have to reach out to everybody no matter how low the person is. So, I think we need to take the bull by the horns and not allow the youths take over responsibility. I think we need to do that and much more.”
The sultan also expressed concern over the growing number of orphans in the region as a result of insurgency.
He said the orphans “would turn out to be worse than the Boko Haram” if nothing was done about their situation.
“Several recommendations have been made but are not implemented and as they remain unimplemented, we will continue to suffer the consequences,” he said.
On October 1, 2017, CNGs issued an ultimatum to Igbo residents in the north to quit, sparking a controversy.