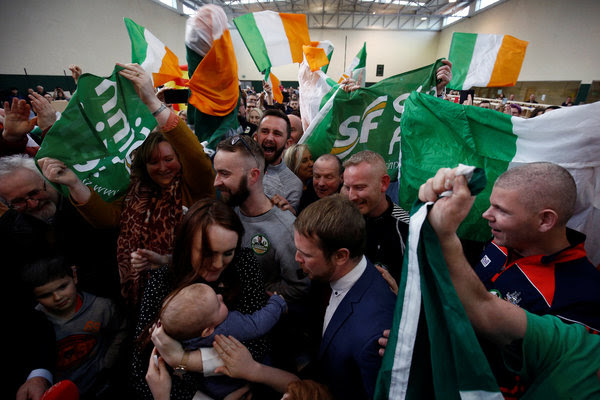 As the dust settles after the Irish election, it’s clear that after votes to legalize same-sex marriage and to repeal an abortion ban, the next target for voters was the ossified political hierarchy itself. “We’re showing again that we’re not afraid to have our voices heard,” one new voter said.

The shake-up: Sinn Fein won a seat at the table with Fianna Fail and Fine Gael, the two main parties, which are both center-right. “For the first time in 100 years, it’s possible you’ll have a party that calls itself left-wing leading a government,” said Eoin O’Malley, an associate professor of political science at Dublin City University.

What’s next: Coalition negotiations lie ahead. And Sinn Fein will have to balance the desires of a traditional base that is hungry for Irish unity with newer voters who have flocked to it because of issues like housing and homelessness.

The bottom line: The country had long defied the usual left-right divisions across Europe. But for all of the disruption, what emerged was a normal-looking European system.

Culled from the Thursday Morning Briefing of The New York Times.