Oscar 2020 was livened up with music as Eminem the Rap God enlivens the event with his unexpected performance of "Lose Yourself" .

In this video culled from Eminem.pro, the American, rapper, actor, musician and producer named Marshall Mathers III and also known as Eminem, Slim Shady and M&M, thrilled the history-making night with his unique prowess. 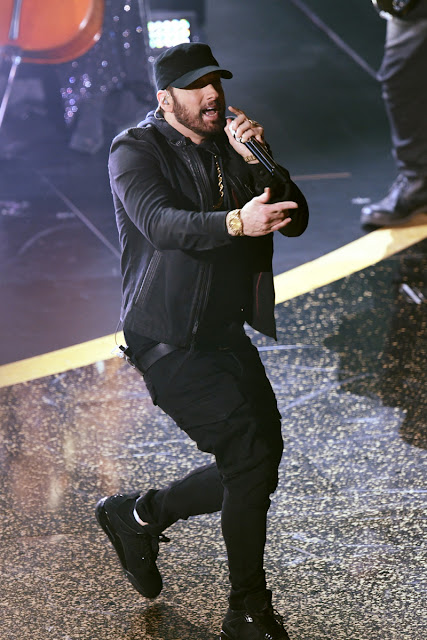 The white king of hip-hop who had audience members in the Dolby Theater nodding their heads as they sang the chorus , was given a massive standing ovation after his performance.

Having published the hashtag that changed the Oscars, how a driverless Oscars took a winding road, Oscar winners 2020: The Complete List, and "Parasite" Earns Best-Picture Oscar, Godfreytimes brings you the
video below to watch.